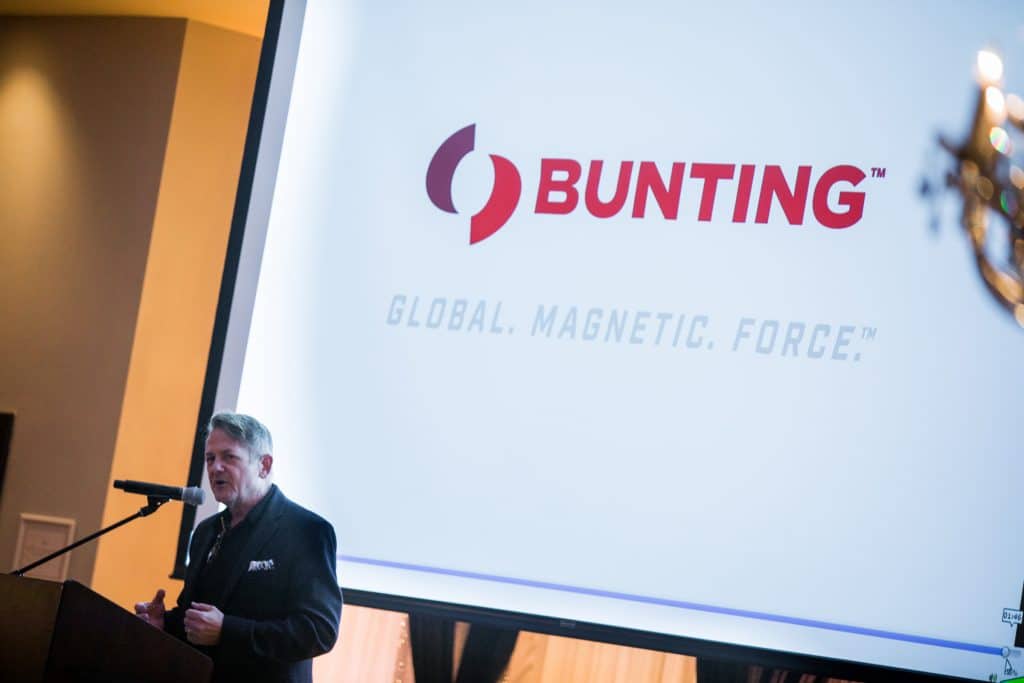 Previously, acquired companies retained their original names and were designated as being “A Bunting Magnetics Company.”  Now, rather than having multiple names to differentiate between divisions, each division will be described as Bunting—Newton, Bunting—Redditch, and so on.  Bunting Magnetics Europe has re-branded as Bunting-Berkhamsted.

The decision to re-brand was made with the goal of uniting all companies associated with the Bunting brand under one name, eliminating confusion for customers and establishing the Bunting brand as a world force.  We hope that when people hear the name Bunting, they will immediately think of the company dedicated to providing the best customer service and highest quality magnets, magnetic assemblies, and magnetic equipment in the industry.

You can find out more about which cookies we are using or switch them off in settings.

This website uses cookies so that we can provide you with the best user experience possible. Cookie information is stored in your browser and performs functions such as recognising you when you return to our website and helping our team to understand which sections of the website you find most interesting and useful.

Strictly Necessary Cookie should be enabled at all times so that we can save your preferences for cookie settings.

If you disable this cookie, we will not be able to save your preferences. This means that every time you visit this website you will need to enable or disable cookies again.

This website uses Google Analytics to collect anonymous information such as the number of visitors to the site, and the most popular pages.

Please enable Strictly Necessary Cookies first so that we can save your preferences!